Hindustan Motors Limited (HML), India's first automobile manufacturing company was established before independence in the year 1942 by late Mr. B. M. Birla, the doyen of Indian Industry and coming from the renowned industrialist Birla family. The company started operations in a small assembly plant at Port Okhla in Gujarat and later on the manufacturing facilities were shifted to Uttarpara, West Bengal in 1948, where it began the production of the iconic “Ambassador” car.

Birlas are always known and highly regarded all over the country for their philanthropic activities. Under the visionary leadership of late Mr. B. M. Birla, the Management of Hindustan Motors Ltd. famously know as “HM” felt the need for imparting the best education to employees’ children and students staying in and around Uttarpara as part of its Corporate Social Responsibility. HM management also felt the need of a well-equipped school which would cater to the needs of the children in the vicinity and surrounding areas, facilitating educational and co-curricular activities which would groom the students into individuals with all round potentialities, to be able to carve out a niche for themselves in future and bring laurels to themselves as well as their alma mater; was the motto in grooming the institution with all modern amenities and infrastructural facilities. To fulfill the said requirement, HM management set up two schools within its factory premises in the name of Hindustan Motors High School and Hindustan Motors Education centre, presently known as Hindmotor High School (HMHS) and H. M. Education Centre (HMEC) and collectively known as HM Schools.

On 13th October 2001, the management of HM formed a trust in the name of “HM Education Trust” and transferred the day to day management of these schools under the umbrella of the said trust for the purpose of financial transparency, better monitoring and focused growth. 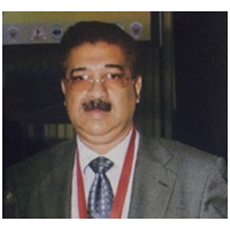 It is my privilege to share the message in the school website – my heartiest congratulation to the entire team for their sincere efforts in bringing out a dynamic and interactive website. Many successes have been achieved this year too.  The school has improved manifold in all respect and reached many milestones in our journey of TRANSFORMATION. I get very pleasant surprises every year when I visit the school, I observe some remarkable changes and it gives me the satisfaction as well as conviction that we are moving in the right direction. I wonder how fast the time flies. In a sense, it is good as it gives an indication that the team was so involved and engaged that the realization of time passing by could not be felt.

For us, the community service is prime and building the generation with education and wisdom has been our objective since its inception six decades ago. Just as the liquid takes the shape of the container, the same way education flows in the body and takes a shape of an adult individual. So just as the preamble constitutes the spirit of the nation, in the same way the action embodies the objective of the Institution to empower every single student with values, trust, honesty, integrity, respect so that all can lead a quality life and contribute to the cause of the nation building.

We will start another year now. This is the time for all of us to take a pause and recollect the moments of the year which passed by. Repeat the success and learn from the mistakes.

Wish you all a very happening new year again! With regards 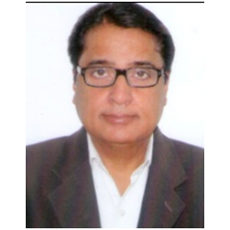 It gives me immense pleasure to welcome you in the Hindmotor High School’s website which indeed is an inflorescence of experiences expressed in visuals. Beside various scholastic programmes, the school has marked its name in all spheres. Our School has showcased their talent in all areas and I am the witness of their performances like Award Day, Annual Concert, Umang, Annual Exhibition and Annual Sports day etc. The school is really trying very hard to achieve the excellence.

Many of our authors and poets are not famous writers or orators, but they are gifted and talented. Similarly, not all our students are excellent in academics; not all are fantastic athletes and sportsperson; not all are celebrities. But we believe and we have the conviction that all of our students – without exception – are gifted and talented in some way or other. They excel in one field or another – some in academics, others in games and sports, some in the performing music and dance, some others in intellectually motivating activities like debate, quiz, elocution etc.

Therefore, in our school’s way of teaching and learning process insist upon grooming our students to bloom where they are planted. We try our best to mould them into respectable and responsible citizen of not only our motherland but of the globe. We believe that it is a lifelong process. We do not achieve this on a fine morning. We lay solid foundation for this noble cause right from the childhood. We give our students the best possible opportunities in order to bestow them with holistic development.

I wish to thank the entire team for the excellent work done to bring out this wonderful interactive and dynamic website. With best wishes